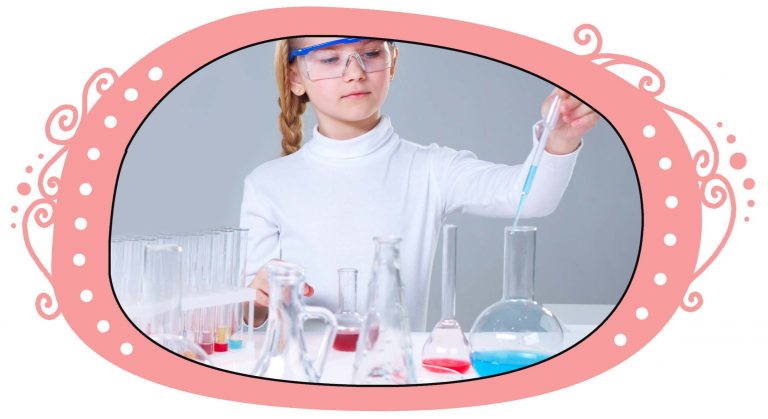 I have to let you in on a little secret, but my mom’s not supposed to know about it. You see, she doesn’t like me doing this because it makes a mess and I really don’t want to clean it up. Then it stays on my windowsill or my desk for a few weeks and usually hardens and ruins something. I started out telling her that it’s my science project from school. But that didn’t work for too long. “You’ve got to be learning something else besides this in science class.” she told me. Yup, we do! And then I told her it’s because my friends can’t do it at their home, so they come and do it here with me. “And why can’t they do it at their home?” she asks. Not sure but I’m guessing it’s for the same reason that my Mom doesn’t want me to do it either.

Can you guess what it is? SLIME! Slippery, slimy, very sticky and sometimes stinky slime. That’s why we like to add some of Mom’s soaps or shampoos in there. But after a few empty bottles left in the bathroom, she was not happy. I’ve had to do it in secret now. So I’ve tried a few hiding places. Behind my desk, under my bed or behind my curtain, on the windowsill. Why does she always seem to come in the room and need me when… when I’m in the middle of it. Yikes! She’s been okay with it now, but she hasn’t helped me clean it up anymore. I guess that makes me think twice if I really want to get into this sneaky slimy mess. My friends don’t clean it up. They leave just before it’s time to do so. I don’t blame them at all. But at the moment, it’s the most exciting thing to do. Mixing powders and liquids and gels and colors and getting something so slippery and slimy as the end result. That’s a real science project if you ask me.

I could grow up being a scientist or something. It’s a useful skill, making something out of what seems to be so nothing. I know, Jesus does that with me. I’m just a little silly thing sometimes but He uses me to be a blessing to others. That’s a big thing!