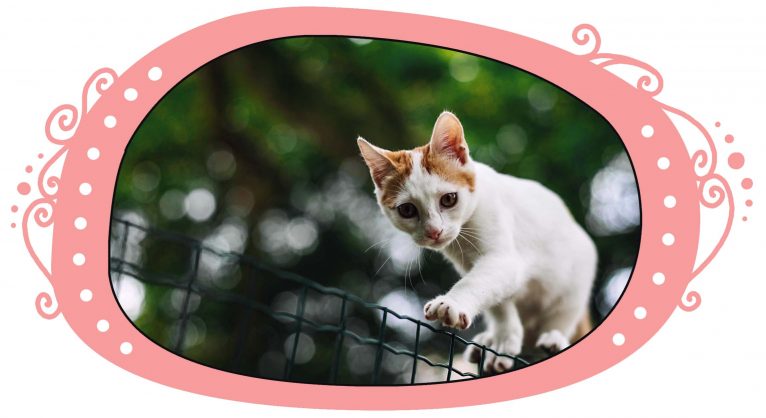 Do you want to hear a scary story? I was going about my merry day, when all of a sudden I heard a loud meow! When I looked for her (my cat, as they are the only things on earth that meow, in case you didn’t know), she was gone! Our apartment was on the third floor and her favorite thing to do was look out the windows, down to the bottom where 10 stray cats lived. That was quite the show for her, I guess. Kind of like her TV time. But this time, she leaned just a little too far and “Crash!” she fell, wayyyyy, way down to the bottom, and landed on hard concrete.

I think worse than the fall was the fright of having 10 cats run up towards her. I ran downstairs as fast as my legs could take me, along with Dad, Mom and Brother and we opened the door, and welcomed her in. For 3 days, she lay on the floor, not eating and barely moving. We were scared. What had she done? Would she ever recover?

Mom and I took her to the vet who didn’t seem too worried, but gave her some anti-swelling medicine, in case she needed it. He checked her jaws mostly, as that’s where she would have most likely landed on, and that could hurt. We prayed for our cat, that God would heal her and take away the pain that she was in. There was no other way to communicate what was going on with her. Dad also did some research and found out that cats are known to have fallen down up to 40 story buildings even. Imagine that! Boy, but 3 was enough for Mimi. I wouldn’t have hoped for any higher than that. I learned that by the time cats land, after the 40 flight, they have time to prepare their legs and body for the landing. But Mimi here, didn’t really have much experience or preparation at all.

Best thing of all is that she’s fine and a little more cautious now, even to this day. I prefer that, than being too daring and jumping off or onto anything, anywhere. Do you have any scary pet stories? If so, I’d love to hear them.